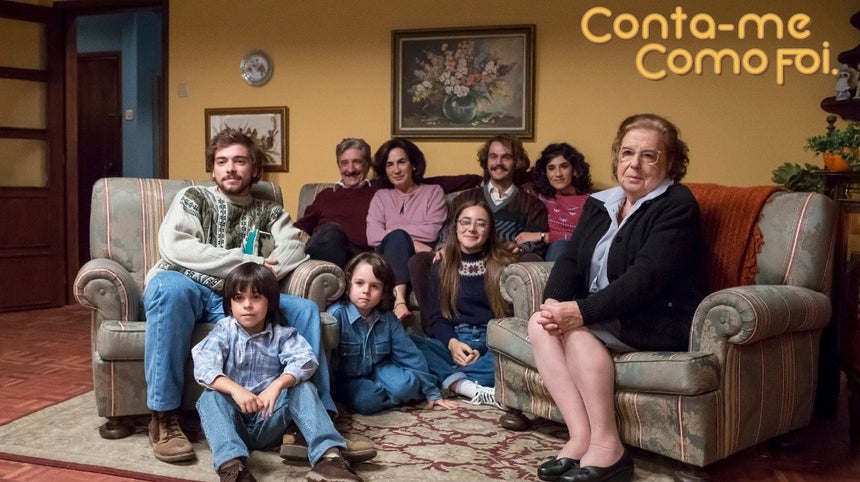 ‘How are things going there?’ This year, by this question, we mainly mean how is Covid-19 affecting your life. In our rural municipality close to the Douro, we don’t notice much of it. Here, I don’t know anyone personally who has been infected. But the number of infections per 100,000 inhabitants is so high that we, along with 120 other municipalities in Portugal, are under the strict package of measures. This means, for two weeks, we are not allowed to go out on the street at night from 11 p.m. and on weekends even from 1 p.m.

After my visit to the Netherlands last month, we had been voluntarily quarantined for two weeks. In preparation, Nuno had bought so much that we can hold out for another month. And we are happy and in good health. So we’ll survive the curfew and other restrictions.

It’s just a bit boring without social activities. And it is especially bad for our Portuguese. Before Covid-19, my Portuguese went quite well, because I really like to talk and always try to have a chat with everyone. I wasn’t even afraid to answer the phone anymore. Of course, I could hear myself making one mistake after another, but generally, I got used to it more and more and was less ashamed of my cheesehead-Portuguese. But without social interactions, my Portuguese is running backwards.

So there is nothing else I can do but to study actively again, instead of trusting that I will master the language by living here. The study books motivate me far less than chatting with people, but now I have a solution for that.
Years ago in the Netherlands, I was a volunteer at summer camps for child asylum seekers. And suddenly I remembered that one of them learned Dutch from André Hazes (legendary folk singer from Amsterdam) and from a soap opera. He found the lyrics and sang along with Hazes or switched on the subtitles for deaf people and enjoyed the common language of the Dutch series ‘Good Times, Bad Times’.

Tell me how it was

In Portugal, ‘Conta-me como foi’ is a weekly TV series about the Lopes family from Lisbon in the 80s. The couple Margarida and António live in an apartment with their youngest daughter Susana and grandmother Hermida. Their grown children Isabel, Tóni and Carlos live on their own. The nice thing is that the episode always starts with an introduction told by Carlos of today, illustrated with archive footage. In this way, a historical context is established and then we see how this affects the lives of the characters. The series is now in its 7th season. Seasons 1-5 were already broadcast between 2007 and 2011. The story then took place in the 1970s and ended on April 25, 1974, the day of the Carnation Revolution.

In December 2019, the series started again and we watch the family and their friends in the 80s. Because this is the same era in which I grew up, it is a feast of recognition. Even though it takes place in Portugal, the sketched time frame is not very different from the Dutch one. Here too, themes such as high unemployment, the cold war, the introduction of drug problems, AIDS, gay acceptance, women’s emancipation, attacks by terrorist groups and even pyramid schemes, played a role!

Sing and read along

I watch the series on RTPplay via the Internet. In the top right corner of the video player, if available, there is a button (CC) to activate the subtitles. Unfortunately, the subtitles are not available for all programmes and episodes. I now watch season 7 without, and that’s not easy. But after Covid-19 I also have to be able to chat with everyone again (without subtitles).
Singing along with the 80’s hits from the series is also possible. There is a special ‘conta-me’ playlist on spotify (listen here). And thanks to that, I know now all the hits of Portu-Pop in the 80s.
At the bottom of this post, you’ll find a song you don’t want to miss: sing along with the lyrics!

Other tips for learning Portuguese

There are many other ways to learn Portuguese quickly, easily, for free or online.
Here are my tips:
• Read a Portuguese text out loud every day (whether you understand it completely or not)
• Focus on most common words in Portuguese, for example this list
• Listen to a Portuguese radio station and try to repeat phrases out loud
• Read the headlines of news websites
• Follow, on your favorite social media channels, Portuguese language groups or vloggers
• Force yourself to play with the language, find out how to translate daily sentences. I sometimes post my findings on instagram.